High flyer quit Harvard to get travel start-up off the 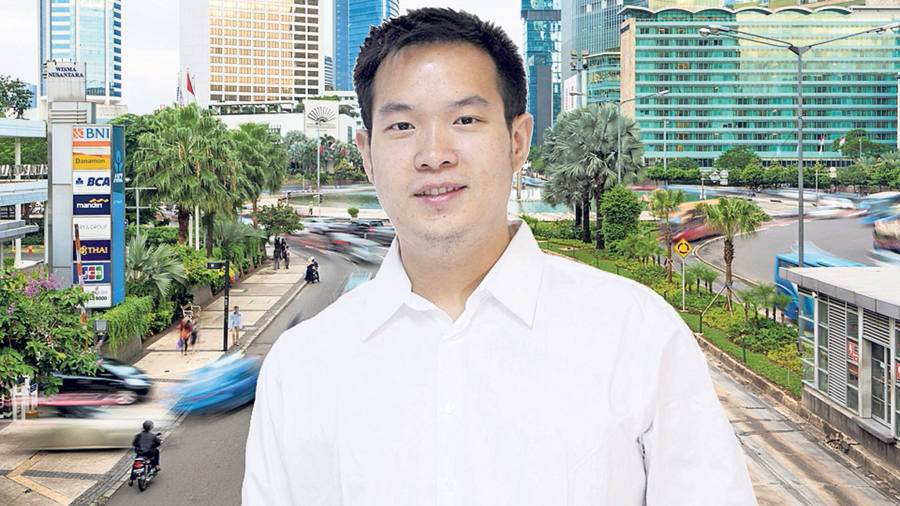 It may be difficult to get into Harvard Business School — but it is also difficult to leave after just one semester, which is exactly what Ferry Unardi did.

Three years on, he is running one of Indonesia’s best-known start-ups, the online travel agent Traveloka.

“Everybody knows internet time works differently from normal time,” explains Mr Unardi, 27. “When I arrived at school, I underestimated the speed of change.” Tech start-ups are mushrooming across Indonesia, and Traveloka has swiftly become a household name.

The website had 10m visitors a month by the end of last year, its workforce has grown to about 400 employees, and the company has attracted investment from Global Founders Capital, the venture fund set up by two of the Samwer brothers, part of the super-ambitious team behind Berlin-based start-up conglomerate Rocket Internet.

Traveloka now has partnerships with 33 airlines and hotels across Southeast Asia, taking between 10 and 15 per cent commission from bookings.

“I think travel products are the first thing that people buy online, so if we are growing then you can bet the other ecommerce will follow,” says Mr Unardi.

With a population of 250m and a growing middle class, Indonesia offers a large market for ecommerce. As of 2013, there were 74.6m internet users in the country, according to SP eCommerce, part of Singapore Post. This figure is expected to reach 102.8m by 2016.

Mr Unardi and his business partners, Derianto Kusuma and Albert (who goes by that one name) stand out in Jakarta, where many start-ups are led by slick former investment bankers and consultants. “We are definitely engineers through and through,” the chief executive explains.

He met Mr Albert while studying computer science at Purdue University and Mr Kusuma was a fellow intern at Microsoft. “We always discussed the development of the internet industry in Indonesia and always thought about coming back,” Mr Unardi explains.

It was not until early 2012 that the trio felt the Indonesian market was ripe, with interested investors and a ready consumer base. Traveloka raised seed funding from East Ventures, a venture capital firm, and launched as a search engine for the travel industry by the end of the year.

“The biggest challenge in the travel industry is the availability of information,” Mr Unardi explains.

“The key to making it useful was to organise the information, which I thought that we, as software engineers, would be able to tackle.” But users complained that booking was still complicated, prompting the group to relaunch the site a year later.

Internet time works differently; I underestimated the speed of change

As with many start-ups up across Southeast Asia, the idea was not new. “We definitely had a lot of companies that we looked up to,” Mr Unardi says, and mentions Expedia and Priceline of the US.

“Now, the rate of creativity and innovation is so high that it’s inevitable somebody has done it previously.”

The company does not disclose revenues, but Mr Unardi says month-on-month growth is now in double digits.

The biggest hurdles for the company include working with small hotels that manage bookings manually across the region, and building partnerships with established airlines.

“Gaining trust was very challenging at the beginning, especially for us, because we are a start-up and these are pretty sizeable companies,” Mr Unardi says.

When Traveloka started out, he adds, few Indonesian websites were well designed or even reliable, and many consumers were uncomfortable making transactions online.

Indonesians are among the most risk-averse customers in Southeast Asia, according to SP Ecommerce, with 80 per cent of people comparing prices online before buying in stores, compared with a regional average of 60 per cent.

“Scaling is very difficult, because it is like building a skyscraper on top of muddy and unstable ground,” Mr Unardi says. “That takes a certain type of ingenuity.”

The young entrepreneur grew up in West Sumatra, where he developed an interest in technology through programming competitions at school. His family initially struggled to understand what Traveloka does.

But the chief executive points out that Indonesia’s start-up scene is changing. “That’s the thing about programming and software — it’s fashionable now, ” he says. “Now, you’re cool if you do this, so it’s interesting to see what type of people come in, and how they will take the industry forward.”